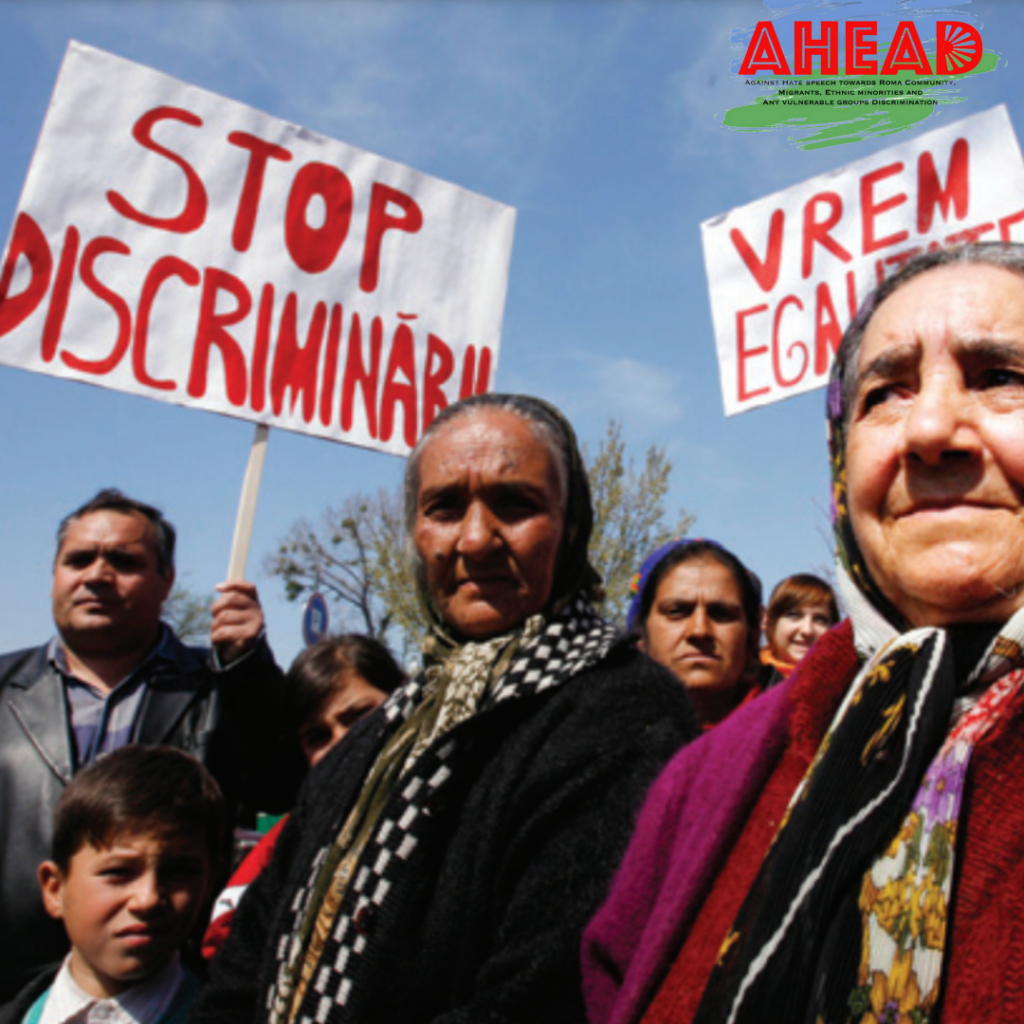 Why are we bothered by our neighbors? Why do we have prejudices against those who are different or unique? Isn’t that what wealth and beauty look like?

The Romani people are the largest ethnic minority in most Western Balkans countries, as well as Italy, yet their position and status in society has not brought them any accolades or advantages. Instead, their living conditions are, to put it bluntly, disastrous. The newest research by the Government of the Republic of Serbia’s Team for Social Inclusion and Poverty Reduction backs up this assertion: 32.000 Roma do not have access to safe drinking water, 24.000 do not have access to power, and 93.000 do not have sewerage.

This, however, is not the end of their difficulties. Romani people lack access to health and social services, jobs, and education, among other things.

All of these issues have been exacerbated by the coronavirus pandemic. Experts warn us to maintain a social distance during the epidemic, but that gap is always and always existent towards the Roma, especially during the crisis.

According to the findings, a significant portion of the population has a moderate to high level of social distancing toward Roma.

The Roma population is being ghettoized as we read. The media has a significant role in this. Roma is exploited in accordance with the government’s everyday political aspirations. Particularly when it comes to Roma and migrants, the government’s rhetoric is accepted. Political representatives and the media frequently dismiss Roma refugee seekers as “fake.” It’s also common to hear in the media that the Roma are too responsible for their poverty and awful living conditions because that’s how they’ve always done things.

When comparing media writing and coverage of Roma and migrants, the following might be summarized: The media has had varied criteria for Roma and Migrants since the beginning of the migratory crisis. While migrant camps are visited almost everyday and articles on that community are published with a certain bit of empathy and understanding in order to solve this problem, reporting about Roma is the polar opposite. The Roma are only of importance to the media on rare occasions, such as when international days commemorating the Roma are observed, yet even then, misconceptions and biases abound. Almost always, the social maladaptation of Roma to their surroundings is brought up. Sanela Bešić, executive director of the Roma Information Center “Kali Sara,” feels that the media’s attitude toward Roma and their communities reflects not just that of politicians, but also that of the entire society and its laws.

In fake news, both migrants and Roma appear as separate groups, as well as combined. Roma frequently disguise themselves as migrants and beg for money. Migrants are also being accused of criminal actions, murders, and other crimes, while these crimes are actually committed by Roma. Fake news and anti-migrant hate speech may also be found on social media, with the most active group being the Facebook group “Movement STOP settlement of migrants,” which was founded on March 25, 2020 and has over 300.000 members, according to Voice journalists. Calls to kill and expel migrants are the most extreme examples. Discrimination and stereotyping of that demographic are the second most common. Some of the headlines that link migrants to criminal activities are: “Father of a young man attacked in Sarajevo: Migrants broke his skull, the operation lasted 3 and a half hours.”,  “A boy was intercepted at the train station, MIGRANTS ARE SUSPECTED.” , “THREE HOURS OPERATED IN HOSPITAL: Migrants brutally beat a minor in Sarajevo.” The media serve fake news, hate speech and generalization, and the institutions do not prevent this, nor the racist messages that can be found in the comments on the articles.

Criminal activities, violence, and security breaches are still linked with migrants, as well as the Roma national minority. Because certain Kosovo media wrongly stated that a Roma girl kidnapped children, the girl was beaten twice. Is it fair, okay, or human to believe in hearsay and false tales and form prejudices as a result? The general public’s critical consciousness is insufficiently developed. We put our faith in the media, which is increasingly relying on clickbait and misleading statements, both of which are illegal, rather than factual and verifiable facts.

However, this is hardly the only instance of a Romani people being targeted. In several nations, there are protests and violence against Roma, as well as various forms of intimidation. All Roma who do not have Italian citizenship will be expelled, according to Italian authorities. Furthermore, in Italy, the demolition of Roma camps without the provision of replacement housing is becoming more widespread. 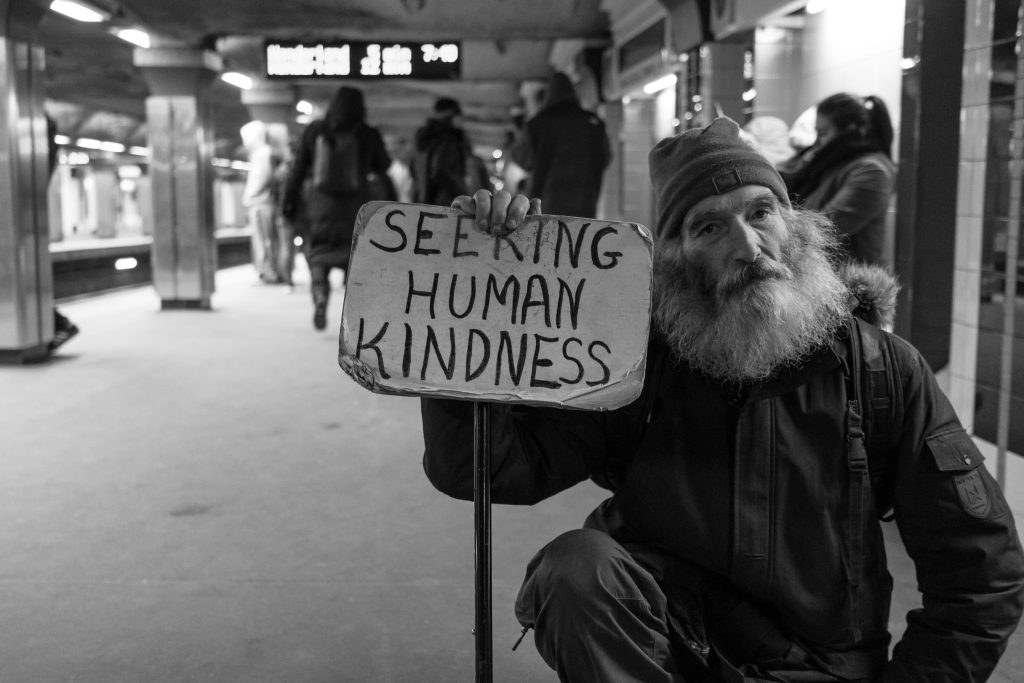 Small measures have been taken to preserve Roma rights in Bosnia and Herzegovina, although they are still “in bloom.” People frequently say things like “I’ll give you to the gypsies” and “The gypsy woman will steal you.” Those are disparaging, discriminating, and unappealing sentences to hear. The state does not provide enough basic rights for Roma, according to a report on their situation in Bosnia and Herzegovina. Crimes perpetrated out of hatred towards Roma are not uncommon, and authorities’ failure to respond appropriately can foster an atmosphere of impunity and exacerbate marginalization.

If we wish to remark on crimes perpetrated by Roma, there are no statistics for Roma in the crime and misdemeanor registries, and it is impossible to know whether the presumption that Roma have a high level of law violations is right and reliable.

The media has a direct normative influence on the creation, as well as the augmentation, of prejudices. In the media, minorities are portrayed in a bad light, both qualitatively and numerically. Why is it that way? The solution is simple: because of the group’s political and economic dominance, the media is market-oriented toward the majority, the dominant group. In recent years, Roma have received only sporadic coverage in the media, whereas migrants have received disproportionate prominence. Both groups’ media writing is stereotyped, and it is influenced by daily politics, which uses the media to shape public perceptions of migrants and pushes Roma to the outskirts of society. We are seeing an increase in “sensational” reporting by the media, which transmits material without any analysis, verification, initiative, or research technique.

Every incidence involving members of the Roma minority demonstrates that the media has two sets of standards: one for Roma and the other for everyone else. It is undeniable that today’s media’s approach to the treatment of themes, which is characterized by triviality, sensationalism, and extreme superficiality, has aided in the treatment of Roma and their lives, which is characterized by a lack of empathy and a desire to influence much-needed improvements. The focus is on minor details rather than the main point. This is harmful to everyone, but it is especially harmful to the Roma community, whose biases are only reinforced. Finally, as a conclusion to everything the preceding, Roma is unintended consequences of political activity in general.