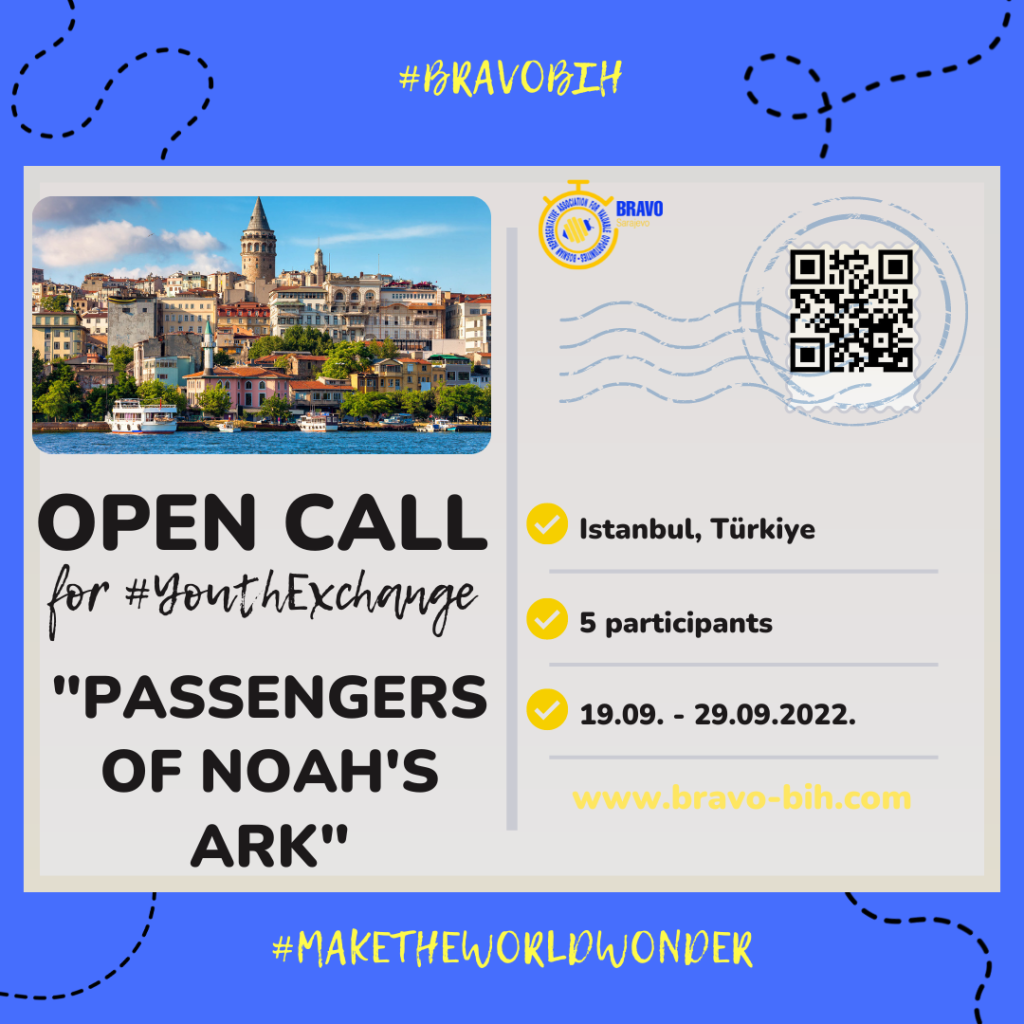 Name of the project: “Passengers of Noah’s Ark”

The number of participants: 5

Migration affects not only migrants but also the communities of origin. Migration exists both in the past and in the present. According to the 2020 World Migration Report analysis of the International Organization for Migration, the number of immigrants worldwide has increased to 272 million, reaching 3.5 percent of the world population. It shows that more than half of the refugees worldwide with 114 million live in Europe and North America, thanks to the level of development that the European Union has come from economically and socially. Although there were increases and decreases in the migration graph over time, migration continued to be a continuous phenomenon between countries.

The drama, tragedies, troubles and tears of migration from the past to the present are talked about. We advise humanity, who has migrated for thousands of years, to close the doors, not to see or hear. However, now we must focus on the beauties of migration, talk about its contributions to our lives, and remember its spirit. We have to explain the emotion of migration, its art, how it unites people and how it enriches civilizations. We should focus on what a good engineer, a good doctor, a good artist, a skilled worker add to our lives, we should not be afraid of our own truth, we should believe in our humanity.

Since migration has existed for thousands of years and it has contributed to our lives, let’s put aside the dramas and pains of migration and tell the beauties of migration, its contribution to culture and art, with art, let’s tell the stories of European migration with art, let’s make folk songs and films. Since Gilgamesh came from Carchemish in Türkiye, since Noah’s Ark is on our mountain. Since the ‘Seven Nomads’ of Rome are in this land, since the story of the migration came from Asia, Africa and the Middle East, it met in  Türkiye. So we say ‘let’s take the first step here’.
Our project goals:
• Developing / acquiring young people’s intercultural learning, active learning, artistic and digital skills, creative thinking, design and implementation, empathy, social enterprise, active citizenship skills
• To gain the awareness and skills of working together, team spirit, duty and responsibility, tolerance.
• To break the prejudices, if any, against individuals from different cultures, religions, beliefs, history and geography, and to improve their knowledge and skills about differences.
• Creating 7 songs and 7 short videos/films in different languages (in language of project partner countries) and delivering them to the World
• Raising awareness of the importance of the impact of culture on one’s behavior and identity
• To draw attention to European citizenship, immigration, immigration issues, to raise awareness and to support participants and project beneficiaries in adopting these concepts
• Supporting the visibility of E + programs
• Developing our institutional capacity and international cooperation skills

Young participants between the ages of 18-25 (for young people) and group leaders (no age limit) will be included in our project.
Expected and specific profile of the participants:
More details will be available in the infopack which will be prepared and sent in the coming weeks.