OPEN CALL FOR 22 PARTICIPANTS FOR TRAINING COURSE IN SARAJEVO, BIH 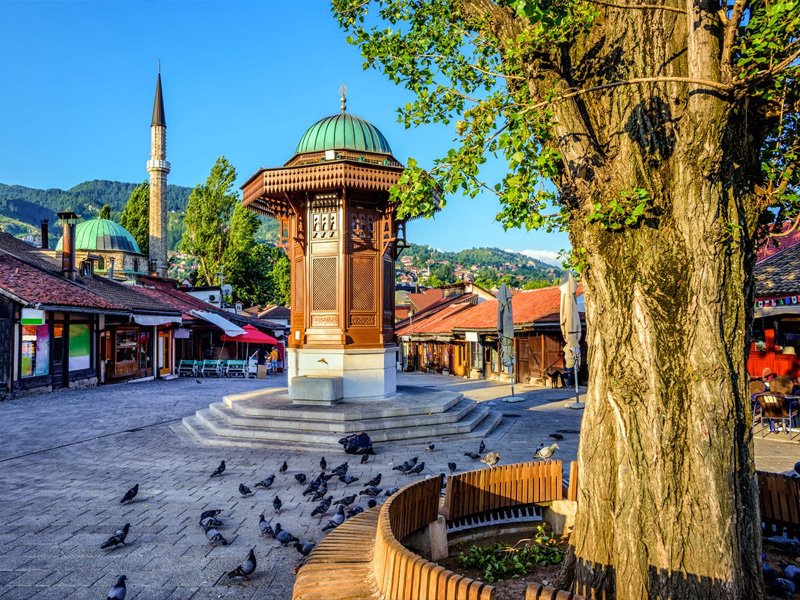 BRAVO announces a call for 22 participants for a Training course in Sarajevo, BiH from 17.03. until 22.03.2019. for citizens of Bosnia and Herzegovina, Montenegro, Slovenia, Serbia, Kosovo, Albania, Romania, Croatia, Belgium and Spain

The last months were marked by a renewed European focus on the Western Balkan (WB) region accompanied by a new EU strategy and the visit of the Jean-Claude Juncker to the region in early March 2018. Among many obstacles on the path of WB countries joining the Union is also corruption. The latest Special Eurobarometer 470 shows that more than 60% of EU citizens think that corruption is present in their country; the corruption perception index shows a far bleaker picture for WB. Not only is corruption an impediment to joining the EU, it also has considerable impact on the economic sector, society and individuals. Thus the consortium designed “Fighting Corruption — Expanding the Union” — a project that uses a bottom-up approach to tackling corruption through educating youth workers (from the EU and WB), designing a toolkit and developing non-formal education methods, through which youth workers from partner countries will empower youth to address cases of corruption. The consortium includes 11 organisations from 10 countries (5 from the EU and 5 from WB)

Fighting corruption is a crucial priority both in EU28 and WB countries. The majority of initiatives targeting corruption are aimed at decision makers and are thus distinctly top-down in character. While these initiatives are crucial in establishing rule of law, they often overlook the fact that corruption is entrenched in culture and the most effective long-term strategy for fighting it is to make it culturally unacceptable. And in this young people are the key target group — they are the future leaders, entrepreneurs and civil society actors.

Objectives of the project:
– Increase the level and intensity of cooperation between program countries and partner countries from WB. Related to this is also the long-term aim of creating a robust youth anti-corruption platform focused on the WB but working with a decidedly inter-regional and trans-sectoral perspective.
– Increase the capacities of youth organizations based in WB.
– Increase the competences of youth workers in WB, the EU and beyond.
– Educate youth about recognizing, reporting and fighting corruption.
– Establish the image of the EU as a supranational entity taking a stand against corrupt practices.
– Design a toolkit for educating youth about corruption.
– Educate the general public about corruption in their country and ways of opposing it.

Working methods during the TC:

– Learning by doing method
– Presentations
– Debates
– Intercultural dialogue sessions, combined with politics on local, national, EU level and corruption
– Experts workshops and education
– Ice-breakers and team building games to get to know each other.
– Workshops will leave room for guided but controversial discussions.
– Reflection groups
– Concert

Information about the city:

The project meeting will take place in Sarajevo – the city where east meets west: Its idyllic mountain setting and diverse heritage makes Sarajevo one of Europe’s most intriguing cities. Yet it is its indomitable spirit that makes it truly special. If ever a greeting has momentarily filled my head with mixed emotions, it was the one offered to me the other day by a smiling young taxi driver at an airport. “Welcome to Sarajevo,” he announced, and then he sped me off to my hotel in Baščaršija, the city’s cultural and historic heart. Although Sarajevo, capital of Bosnia and Herzegovina, is a name which might seem inextricably linked to war and tragedy, the passing of 20 years has done much to heal this remarkable and resilient city, and tourism is now sharply on the rise. The reason is obvious. Sarajevo is beautiful.

The city is tucked inside a long, thin valley and surrounded on all sides by forested mountains, and almost every crossroads and street corner provides at least a glimpse of an idyllic picture-postcard backdrop. During the worst moments in the city’s history, when its inhabitants were targeted by snipers, this dramatic geography proved to be a terrifying drawback but, thankfully, the spectacular natural beauty of Sarajevo can again be admired and enjoyed. The best way to do this is to find the highest vantage point possible, and with the recent reopening of Sarajevo’s iconic cable car, a trip up the mountainside has, once again, been made easy. A short walk from Baščaršija brings you to the shiny new cable car station in the foothills of Mount Trebević, one of the peaks which played host to events in the 1984 Winter Olympics. For a return fee of 20 Bosnian marks (approximately £10), this must-do cable car lifts you more than 1,100m in seven minutes, providing breathtaking views every second of the way. At the top, the perspective shifts and changes like a kaleidoscope. In the short space of time that I was on the mountain, I saw the cityscape swelter beneath me under a clear blue sky and then quickly become obscured by twirling strands of mist that seemed to appear from nowhere.

Following Ferhadija in the direction of the coffee will wind you into the heart of Baščaršija and, inevitably, to the enjoyable hubbub nicknamed “Pigeon Square”. My first visit here was to the accompaniment of Bosnian folk music being blasted loudly through outdoor speakers and provided the odd spectacle of several dozen tiny parked cars which looked like vintage Fiat 500s but were, in fact, Yugoslav Zastava. Like the views from Mountain Trebević, the drama in Pigeon Square is ever-changing but one constant is the wonderful ice-cream being sold by street vendors in an alluring range of flavours. One scoop will set you back as little as 1€.

Even without factoring in its incendiary role in the first world war, the history of Sarajevo can seem impossibly sad. Despite that, it doesn’t feel like a sad place to visit because when you come here, you get the sense that the city is now looking to the future. And it does that with dignity, resilience, an indomitable spirit and hope. If you want to discover somewhere remarkable, then make your way to Sarajevo.

The food and accommodation will be provided and paid by the HOST organization BRAVO, with the financial support of the Erasmus+ Programme, the European Commission.

Regarding tickets for traveling, 100% of travel costs will be reimbursed on the basis of the CHEAPEST possibilities, e.g. second class railway tickets, buses, flights, etc. by bank transfer after the mobility as soon as we get the original tickets to our mail address by post.

IMPORTANT: We cannot refund any travel costs done by taxi.

Participants must travel from the country of the sending organizations, and back. Following the guidelines of the Erasmus + program the travel back must be realized by the participants in a direct way within a maximum of 2 days. (You can arrive at Sarajevo up to 2 days in advance and leave up to 2 days later. The stay for any additional days is not covered from the projects’ budget)

Complete the BRAVO- APPLICATION FORM in English title as following ”name of the project you are applying for” until 23:59 on deadline day.

If you have any questions don’t hesitate to contact us at: [email protected]bih.com

Any cookies that may not be particularly necessary for the website to function and is used specifically to collect user personal data via analytics, ads, other embedded contents are termed as non-necessary cookies. It is mandatory to procure user consent prior to running these cookies on your website.